A good snow meant one thing as a kid – FUN. We didn’t care about roads, power outages, or having to rush to the grocery store for OMG MILK, EGGS, BREAD…no, all we cared about was playing in the white stuff. Staying home didn’t make us roll our eyes, no siree.. staying home made us yelp with joy and dance with insanity. It made us….

We would willingly spend nearly 30 minutes putting on enough gear to go outside and dive into the winter wonderland. I don’t know about you, but one of my favourite things to do as soon as I stepped outside was to fall down and make a snow angel. I particularly loved doing this if we got to go outside while it was still snowing. There was always something so intensely magical about laying there, supported by inches of snow, slowly waving my hands and feet as flakes drifted down from above and melted on the few inches of my face exposed to the elements. Sometimes I stuck my tongue out to catch the flakes.

It’s funny how snow doesn’t mean the same thing now that I’m all grown up.

I don’t remember the last time I made a snow angel. Or went sledding, for that matter. I could have this past winter but I didn’t have the appropriate gear so I passed. I will have the proper gear this next year, however, and I can’t wait. (Disclaimer – I lived for nearly 20 years in the deep south where they don’t get snow often but they do get ice occasionally. Nasty, yucky ice.)

The snow this year was intense. I have tried to be humourous about it, but honestly, the past few storms have nearly made me weep. This year, I discovered my limit. Apparently when enough snow falls where the “removal” piles get so high it makes me claustrophobic is my limit. A lot of other people also hit their limits, I suspect. (Including a few folks I know who are expecting blizzard conditions tomorrow… my heart goes out to you, it does. Spring isn’t far away, you guys!)

Over the past week, the temps have soared, snow has melted, and more grass is visible than is covered by snow in most places local to me. The greenish brown landscape is almost alien at this point, given how accustomed we were to everything covered in white.

We hit another milestone today as well – for the first time in a couple of months, we can see our deck. Not just a few inches around the outer edges – the entire thing. At the peak of our snowy season, we had nearly 20 inches of snow covering our deck. Not anymore. It’s all gone.

Something of note here – turns out that snow angels aren’t just made by humans throwing themselves down on top of the snow.

They’re also made by melting snow – as a happy reminder that there is always someone watching over us: 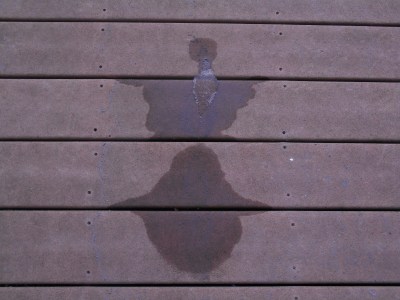 And that, people, is sometimes all the sign you need that spring is on the way. Well, that and a fleeting rainbow in the sky as the sun sets and clouds drift lazily on by. 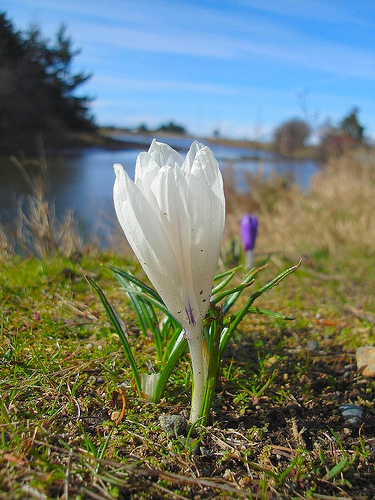 Adopt the pace of nature:  her secret is patience. 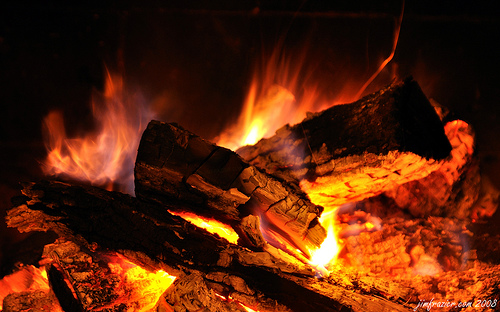 “Joy is the holy fire that keeps our purpose warm and our intelligence aglow.” 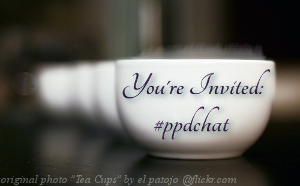 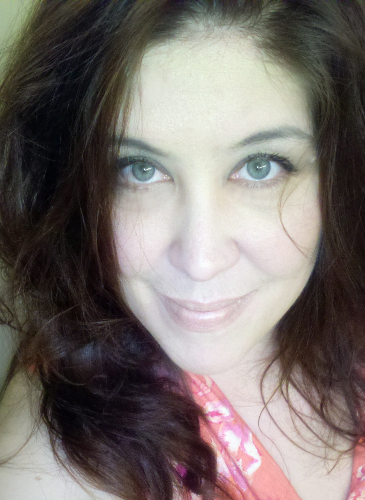